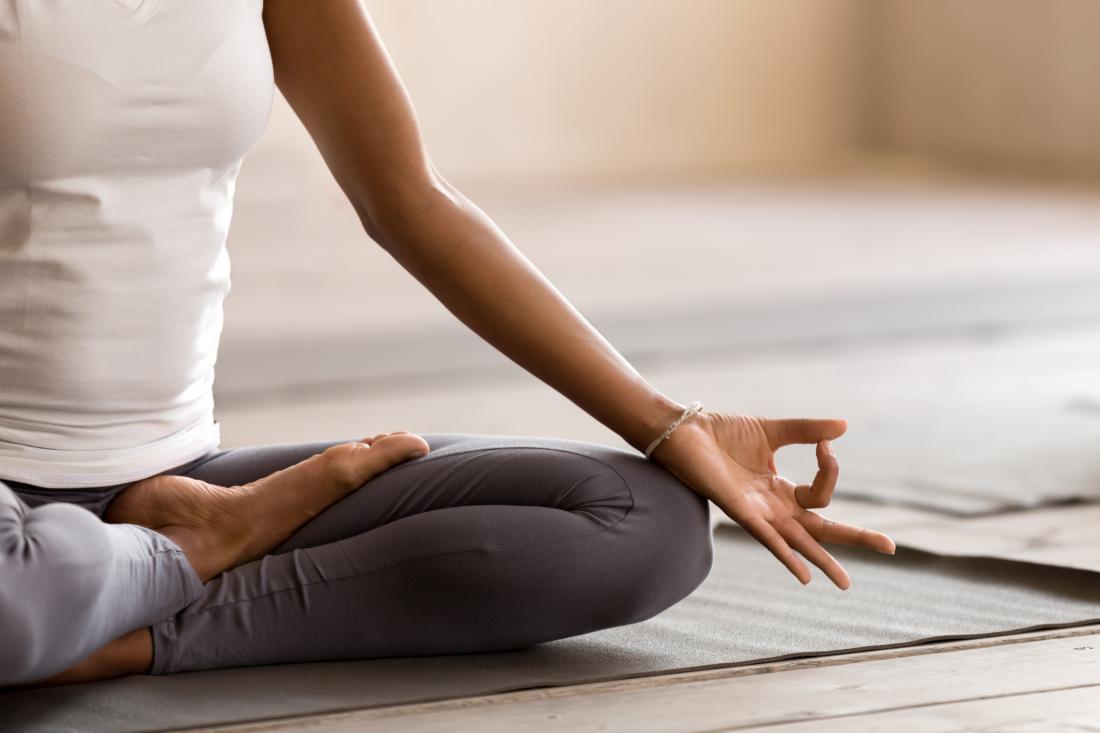 New research suggests that combining meditation and psilocybin may improve symptoms of depression.

People often still regard psychedelic psychotherapy as a controversial treatment. However, recent evidence suggests that hallucinogens may have benefits for depression and anxiety disorders when individuals use them with certain other therapies.

The reasoning behind this is still unclear, but one theory states that psychedelics can help quicken the realization and thought processes a person needs for their therapy to work.

Psilocybin, a psychedelic that people find in magic mushrooms, has been the subject of several studies. Its effects can range from assisting with social interactions to limiting a person’s focus on themselves.

One such study, appearing in the Journal of Psychopharmacology in 2016, found that psilocybin, together with psychotherapy, produced antidepressant effects in patients with life-threatening cancer.

Researchers at Imperial College London found similar benefits in people with depression who had not responded to other treatments. Neuroimaging revealed the drug could turn off a part of the brain that is always on when a person is awake. Neuroscientists call this brain element the default mode network.

Earlier this year, the U.K. university opened the world’s first center for psychedelics research. A trial currently underway at the center is comparing the effects of psilocybin with those of a well-known antidepressant.

In the meantime, according to new findings that now appear in the journal Scientific Reports, combining psilocybin with a form of meditation may produce even more positive benefits.

Stay in the know. Get our free daily newsletter

You’ve got questions. We’ve got answers. Expert, evidence-based advice delivered straight to your inbox to help you take control of your health

The power of mindfulness meditation

Mindfulness meditation is already known to have a similar psychedelic effect to psilocybin, including reducing self-focus and boosting feelings of self-transcendence.

In the latest study, a team from the University Hospital of Psychiatry Zurich in Switzerland has combined the two to look at the joint impact for the first time.

Some 39 Buddhist meditation practitioners took part in a 5-day mindfulness retreat. Guided by a Zen teacher, they stuck to strict schedules that lasted from 6 a.m. until 9 p.m.

On the fourth day of the retreat, the researchers gave some participants psilocybin while administering a placebo to the remainder.

Using questionnaires and mindfulness scales, among other neurocognitive measurements, the team found that, after 4 months, psilocybin takers had more positive changes.

These changes related to aspects such as empathy, self-acceptance, and psychosocial functioning.

Notably, even before the 4-month follow-up, “psilocybin markedly increased the incidence and intensity of self-transcendence virtually without inducing any anxiety compared to participants who received the placebo,” says Lukasz Smigielski, first author of the study.

In fact, researchers believe the skills gained during the meditation retreat helped guard against any negative impact from taking the psilocybin.

Predictors of a positive outcome included the depth of meditation and participants’ optimism and openness.

Another treatment for depression?

The intensity of the retreat and expertise of the participants may have limited the application of the findings, however. It may take the average person longer to experience the full benefits of mindfulness meditation, and many individuals will not have access to a structured, retreat-type experience.

One example, he notes, could be “for the treatment of depression, which is often accompanied by increased self-focus and social deficits.”

With millions of adults in the United States currently living with depression, according to the Anxiety and Depression Association of America, this novel method could provide many more research opportunities.

As with all such research avenues, however, it is likely to take time before psychedelic psychotherapy or psychedelic enhanced meditation wholly enter the mental health conversation.

Side Effects of Antidepressants